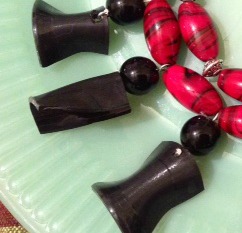 Have you ever tried something just to see if it would work? I wanted to see if I could make beads or charms out of an old vinyl record album. Pinterest shows lots of impressive precision cut vinyl. Unfortunately, I don’t happen to have a handy dandy laser cutter in my workshop. I don’t even have a workshop! What I DO have is a kitchen sink.

Making vinyl record charms in my sink was a lot easier than I expected. Don’t worry! No fantastic, classic albums were harmed during this makeover!

Most vinyl crafting instructions I found suggested putting the records in your oven to soften them. I didn’t want to make toxic fumes which could contaminate my oven and anything I might subsequently bake. So the oven idea was out. But boiling water is hot enough and softens vinyl without creating fumes.

I placed a crummy jelly roll pan in the bottom of my sink, dropped in a record no one wanted to listen to even when it was new, and poured boiling water over it. (The pan will not be used for food! I bought it from a thrift store to use just for this.)

For a few amazing moments the vinyl is so soft you can cut it with ordinary scissors. Once it starts to harden all you have to do is reheat it with more boiling water. Although this picture was taken on top of a metal hot pad, I did all the cutting in the sink. I couldn’t get a good photo of it. You’ll have to imagine a deep stainless steel sink with a pan in the bottom and a crazy woman chopping off bits of record with scissors.

It was easy to cut a bunch of crude rectangles. I thought they’d be more interesting if they were shaped. I poured more boiling water over them and used pliers to curl them while they were still in the hot water in the pan.

Drilling holes with a Dremel was also easier than I expected. I worked on the surface of an upturned cardboard box so the drill bit would punch through the vinyl and cardboard and into thin air, not my new kitchen countertop. 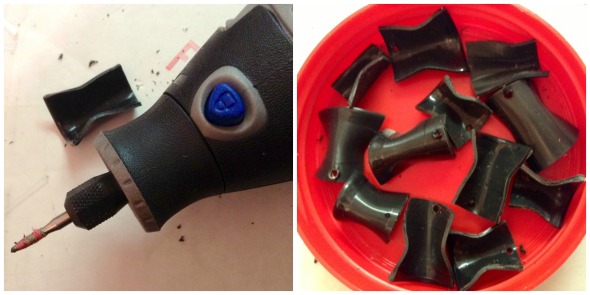 I used head pins and a bunch of cheap, black glass beads to turn the vinyl bits into charms. Don’t they look boring? 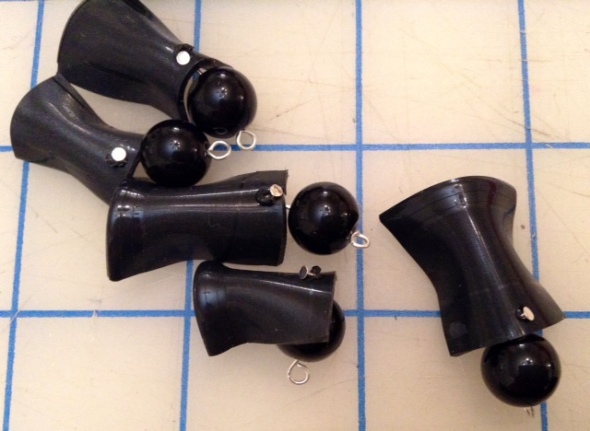 Yep, they need some color. Some pizazz! Some red and black swirly beads that I’ve had for who knows how long. 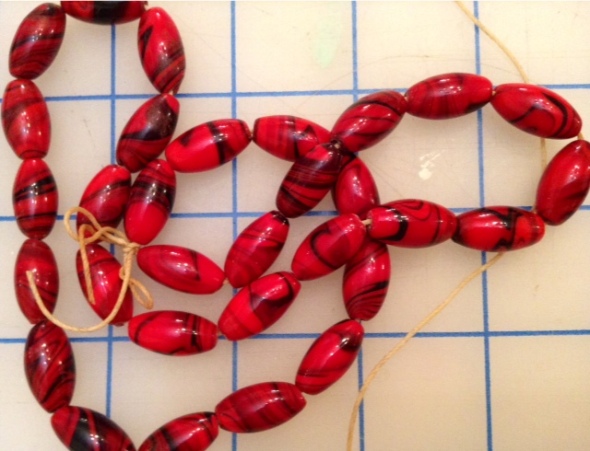 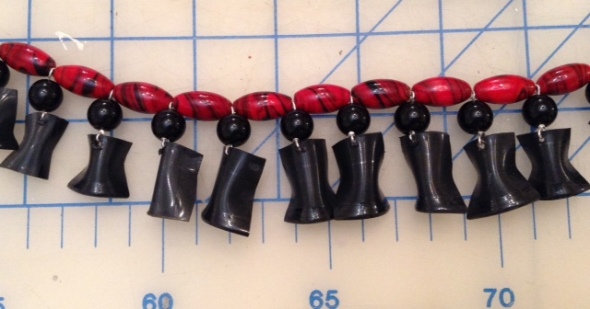 But of course,, I can’t leave well enough alone. More is…more! I added another strand made with fake HIll Tribe spacers.

I think they look pretty sweet together! I might even add a third strand. I like my bracelets to make a big statement. You would, too, if you were nearly six feet tall. 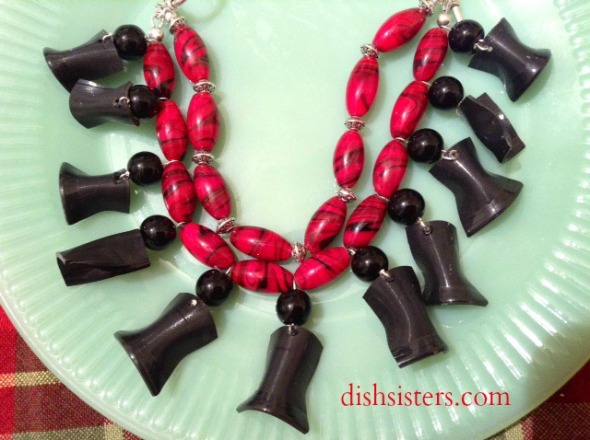 See the entire list of projects for our Month of Makeovers HERE.

2 Comments on “Month of Makeovers Day 13, A record breaking experiment”