← How I stopped swearing at my towels
Dollhouse Olympics →

Hey, Navy guys! Have you ever wished you could

Maybe to your best friend next door, the kid who was always dressed up like an Army guy? 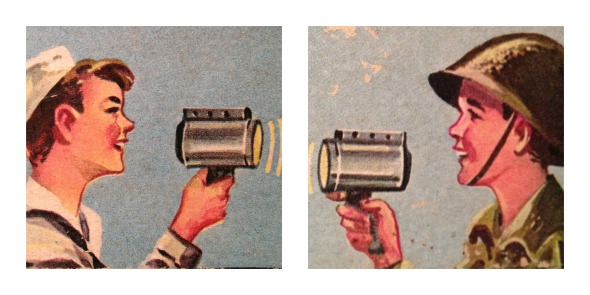 Maybe to the battleship moored off your dock?

Well, now you can! 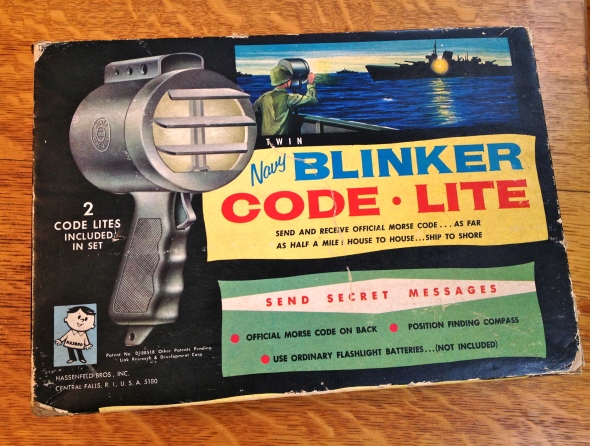 This Hasbro Navy Blinker Code-Lite set is probably from the ’50s. I bet it was popular with kids whose dads had served in the Navy in WW2.

It says you can “send and receive official Morse code” (is there an unofficial version?) “as far as half a mile” (well, maybe in pitch darkness, and your mom might have something to say about you hanging out your bedroom window at 11 p.m.) “ship to shore”! 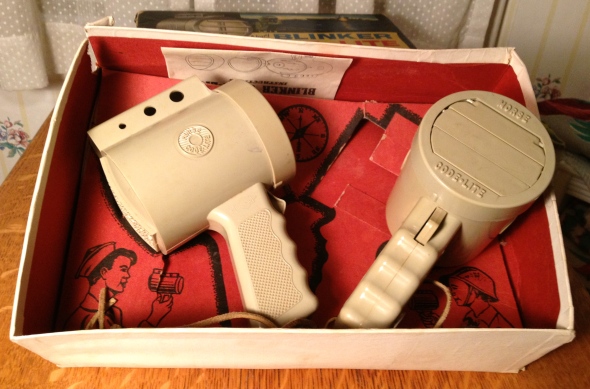 The blinker lights still work! Pop in a “D” battery and pull the trigger. The shutters flip open and the flashlight bulb lights up. 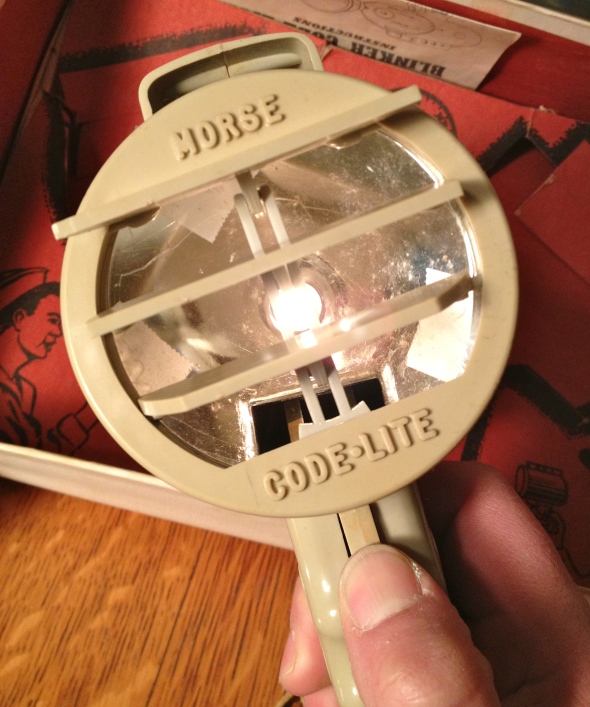 In case you’re a little sketchy on Morse, there’s a handy molded-in chart on the back. Real Navy guys have it memorized, you know. 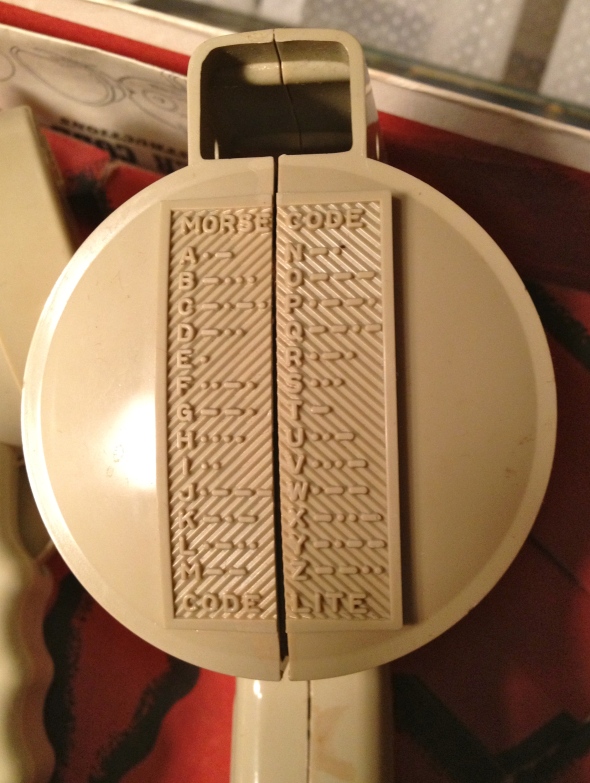 And a working compass in the handle, so you can figure out your friend’s (or enemy’s!) position. 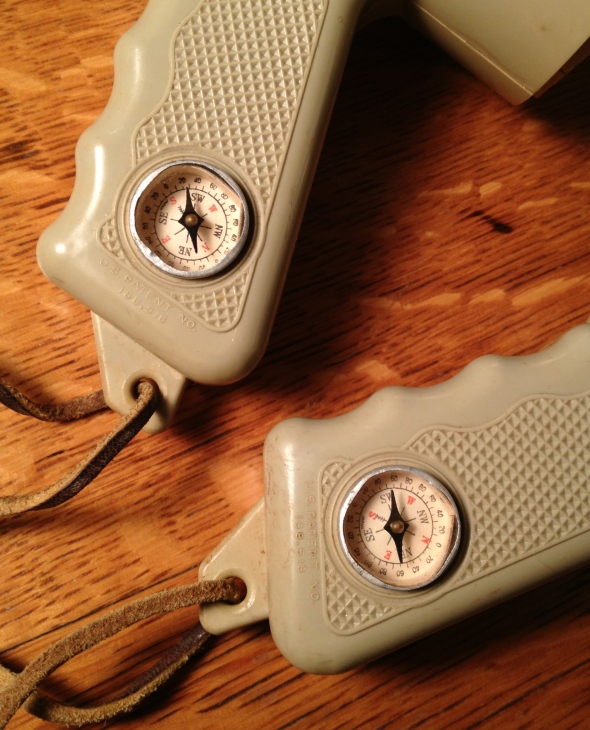 Pretty cool, huh? I wish I were a Navy guy!

These are going to Sage Farm’s Cabin Fever show next weekend. See you there!